Water stewardship in a time of climate change

Responsible investing · 25 Mar 2022
As the world moves from pledges to plans, it is critical we tackle the question of climate holistically. Living with climate change will mean coping with the impacts on water and taking the necessary steps to reduce the vulnerabilities of communities and economies.
Written by 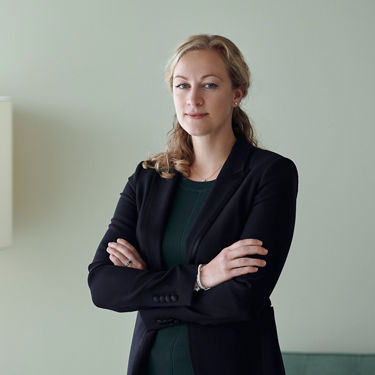 Unfortunately, global economic systems have long treated water as if it is infinite and of little value, leading to massive waste and misuse of the resource, endangering ecosystems, human health, and long-term economic sustainability. For people to prosper, they need sustainable access to water that is safe to drink and free from waterborne disease. Though 2.8 billion people gained ‘improved’ water access between 1981 and 2015, 2.1 billion people did not have access to safe water.

While in the 1960’s 24% of people globally lived in areas of water stress or scarcity, this rose to 58% in the 2000s, with 17% living with both high stress and scarcity. This is due to climate change and urbanisation, with urban dwellers consuming more water than rural dwellers and affluence also driving up water demand.

The 2022 Beijing Olympics illustrates the chronic dismissal of water versus other economic, environmental, or social issues. Touted by its organisers as the “greenest games ever” through a host of measures such as repurposing venues, using energy-saving transport, exclusively use of renewable energy and planting trees in Africa. But very little was said about the impact of using 100% artificial snow in a region that is one of the most water stressed in the country. It is estimated 2.8 million cubic metres of water will be consumed to make snow in a region that only receives 21 cm average snowfall annually. That is enough to fill 1,000 Olympic-sized pools.

With wastewater starting to be seen as a resource and using nature-based solutions to good effect, an affordable and sustainable water future becomes a real prospect. We need to accelerate the pace of change. As investors and philanthropists there are many ways to have a positive impact to solve the water challenge. As active owners, we can engage with management of companies that have a material impact on the water cycle to foster the transition, making sure water is on the agenda alongside carbon when we look at climate change.

We can also provide clients with investment solutions that direct capital to the companies fostering the transition or creating the solutions to the water challenge. Finally, philanthropy and grant making will also be key in funding crucial water projects, where profits are not possible or will take time to materialise.

This article was published in the newspaper Agefi, 25 March 2022. In collaboration with Swiss Trading and Shipping Association (STSA)

Our views on the economy, markets and trends as a weekly digest, straight to your inbox.
©2023, Pictet Group
Confirm your selection
By clicking on “Continue”, you acknowledge that you will be redirected to the local website you selected for services available in your region. Please consult the legal notice for detailed local legal requirements applicable to your country. Or you may pursue your current visit by clicking on the “Cancel” button.
Cancel Continue