Recession looks inevitable, but not imminent

Macroeconomics · 28 Juni 2022
A recession over the coming year looks likely in the US and in Europe due to rapid monetary tightening and the squeeze on real incomes.
Written by 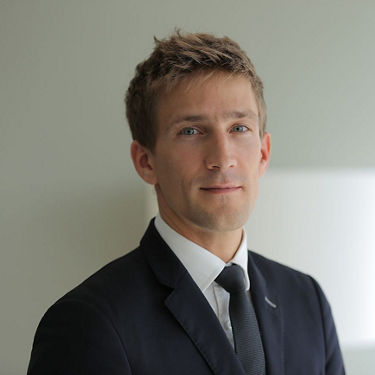 One consequence of the unprecedented shocks facing the world economy, following the pandemic, the war in Europe, as well as major disruptions to supply chains, is that business cycles are likely to be shorter and more volatile than in the past two decades. A recession over the coming year looks inevitable, in our view, both in the US and in Europe, as the result of rapid monetary tightening and the largest squeeze to real incomes in decades. We provide answers to some of the most important questions about recession risks.

How do we define a recession?

A recession is a broad-based slowdown in economic activity that usually follows, and in fact concludes, a period of expansion. A ‘technical recession’ is defined by two consecutive quarters of negative growth in GDP, while some economists also speak of recessions when GDP growth is below the level of potential output (potential growth).

In the US, recessions are officially dated by the National Bureau of Economic Research (NBER). But as it takes time to identify turning points, there is a lag before recessions are officially called. NBER economists look at a broad array of economic data, but historically they seem to attach particular importance to two series in determining turns in the business cycle: employment and industrial production. Neither of these two series suggest the US has fallen into recession yet.

What is the probability (and timing) of a recession in the US and Europe?

Our central scenario is that the US will enter recession in Q1 2023, although there is still uncertainty about the exact timing as well as the severity of the downturn. Using a broad range of indicators, we estimate that the probability that a recession happens within the next year in the US has increased to around 70%. Nevertheless, we expect this recession to be ‘mild’, especially compared to the 2007-08 global financial crisis as we see less underlying financial imbalances and leverage in the economy this time around (especially among consumers). We have therefore revised down our US GDP growth forecasts to 1.9% (from 2.9%) in 2022 and -0.4% (from 0.8%) in 2023.

Our central scenario for the euro area also shows a mild (technical) recession by Q1 2023 due to fading post-covid momentum, the squeeze on real incomes, disruptions to gas flows and tighter financial conditions. But we expect the slowdown to be short lived and expect private consumption will drive a rebound in activity from Q2 2023 on, as a pick-up in wage growth later this year will help soften the real income squeeze. We now expect the euro area economy to grow by 0.8% (revised down from 1.8%) in 2023 after 2.9% (revised up due to a strong upward revision in Q1 GDP) in 2022.

What will be the drivers and consequences of a possible recession?

The main driver of the ongoing slowdown in economic activity in the US is the sharp tightening in financial conditions due to faster-than-expected monetary tightening by the Federal Reserve. Indeed, interest-rate sensitive sectors such as housing are already being hit, and should continue to suffer in the coming quarters.

We also think that the inventory cycle will turn and that corporate investment spending will decline, pushing economic activity further down. Household consumption could stay resilient, but it may not be strong enough to help offset other economic drags. In that respect, the upcoming recession could look broadly similar to the 2001 episode, although a more protracted decline in final demand is possible as we observed in the early 1990s. Crucially, we expect the unemployment rate to march higher to 4.5% by end-2023 (versus 3.6% in May 2022). In the euro area, financial conditions have tightened as well but the biggest risk to the outlook is the squeeze on real incomes from high inflation. Excess savings built up during the pandemic and government policy measures have helped to mitigate the negative impact on consumption, but the war in Ukraine has led to a huge terms-of-trade shock. So far, the euro area has been resilient thanks to solid private-sector fundamentals, strong labour markets, and the recovery in lockdown-sensitive sectors, especially tourism, hospitality and entertainment. But the effect of pent-up demand from the pandemic is starting to recede and manufacturing activity, dragged down by bottlenecks and high energy prices, is unlikely to compensate for the gradual erosion in the services sector. Weaker global demand should also keep the lid on European exports.

What are the indicators to watch?

In additional to tighter financial conditions and lower asset prices, we are scrutinising business sentiment, such as the ISM index, to see whether capital-expenditure plans are being reined in more quickly than we predicted. Weekly filings of claims for unemployment benefits could send an early signal of potential deterioration in the labour market. When jobless claims start to move up, then a recession is near.

In the euro area, an abrupt interruption of gas flows from Russia would likely lead to a more severe recession. Another spike in gas prices would raise inflation, amplifying the squeeze on real incomes. We are also watching business surveys including purchasing manager indexes (PMIs), the German IFO, and the European Commission confidence surveys. Business confidence has been more resilient than consumer confidence but are starting to show signs of weakening, including in the services sector. Lastly, we are monitoring closely the transmission of higher interest rates to sovereign bond spreads, credit conditions, and the housing market.

What will be the central banks’ response to a recession?

We expect central banks to turn more cautious, and eventually to stop tightening policy, but not to cut rates in a mild recession scenario.

The Fed is currently focused on high inflation and inflation expectations, which it worries may become entrenched. Fed chairman Jerome Powell admitted during congressional testimony in June that there was a more material risk of recession, although he said it was not the Fed’s aim to push the US economy into recession. The central bank still believes a ‘soft landing’ can be achieved even though historical precedents are rare – their best hope may be to discourage hiring without pushing unemployment significantly higher. Either way, we expect inflation to decline only gradually after this summer, but to stay above target for several months, making it difficult for the Fed to ease policy again. Our central scenario is therefore for the Fed keep policy rates stable in 2023.

Notwithstanding risks to growth, the European Central Bank has already responded to rising inflation by announcing a faster normalisation of its policy stance. Net asset purchases under its asset-purchase programme (APP) are set to end on July 1, while the deposit rate is set to be raised by 25bp at the 21 July policy meeting, and potentially by 50bp in September. In the near term, rising food and energy prices, demand-driven acceleration in a broad range of services prices and supply-side bottlenecks all point to robust upward momentum in inflation. We expect headline inflation in the euro area to peak in September and gradually ease thereafter against the backdrop of favourable base effects, weaker demand and an easing of input-cost pressure. However, both headline and core inflation are likely to stay above target throughout 2023, which in our view will prevent the ECB from easing policy. Instead, a recession will likely lead the ECB to pause its policy normalisation in Q1 2023.

What is the consensus on recession risks ?

Markets have increased dramatically their pricing of a US recession in recent weeks. A faster pace of monetary policy tightening has had the effect of flattening the US Treasury yield curve, with some parts of the curve becoming inverted (one of the most common predictors of a recession). The 2Y to 10Y portion of the US Treasury yield curve briefly inverted in early April and in mid-June.

Meanwhile the Bloomberg consensus on a US recession in one year’s time has increased from 15% in March to 33% today. A University of Chicago’s Booth School of Business caused a buzz this month when nearly 70% of economists polled considered the US economy will tip into a recession next year.

Our proprietary model based on the US yield curve has increased sharply of late— from 4% at the end of last year to 22% today. This is very close to the 25% threshold that has predicted the last six US recessions with an accuracy of within a month. However, other models based on a larger set of macro and market variables point to a lower probability. Overall, these quantitative models are consistent with our view that a recession has become more likely over the next twelve months.