Tackling climate change by investing in the fixed income markets

Changement climatique · 30 mai 2022
When considering responsible investing, many investors think about equities – either publicly listed or private. But this overlooks a key asset class: fixed income. Bonds arguably provide investors with greater influence over outcomes than equity ownership due to their higher frequency of issuance and greater total value. We discuss the opportunity for bond investors to make a positive impact on climate change with Ella Hoxha, Senior Investment Manager at Pictet Asset Management.
Ecrit par 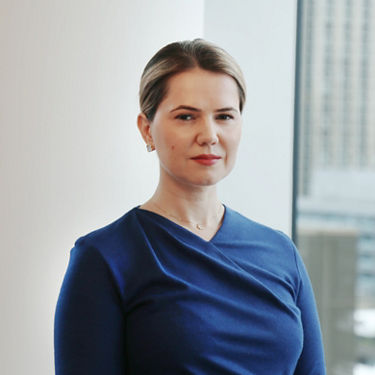 Is environmental, social and governmental (ESG) investing in fixed income different from in equities?

In the fixed income space, ESG factors are mainly considered in terms of exclusions and ESG scoring exercises. Because ESG factors tend to impact long-term outcomes, these considerations are a natural complement to fixed income investing, in which investment horizons also tend to be long.

Initially, ESG integration in fixed income was more broadly adopted in the corporate credit market. This is understandable as corporate bonds are relatively close in nature to equities, making ESG considerations in equities transferable to their corporate credit counterparts.

At the country level, change is more difficult and tends to be slower than at the company level. Investors must bear in mind the longer timeline associated with ESG considerations in sovereign issues than for corporate bonds or equities.

Fixed income investors have a key part to play in providing the capital required to keep climate change in check. While individual investors have a negligible influence on government policy, collectively they can make a real difference – after all, the investment community holds USD88 trillion in bonds issued by governments and their agencies.[1]

Based on today’s level of emissions relative to GDP, climate bond investors should reward Western Europe (particularly Scandinavia). Some emerging markets, such as Mexico, are also relatively green. To tackle global warming, though, fixed income investors must also incentivise the laggards to reduce their emissions. In other words, bond investors should consider allocating capital to countries whose carbon emissions are falling at the steepest rate relative to the size of their economies.

Future emissions are determined by policies implemented today, which is why it makes sense to incorporate a qualitative assessment of each country’s climate regulation and policy path with respect to the goals of the Paris Agreement. Net-zero pledges are a good start, but they must also be followed by concrete actions.

By focusing on countries that are actively working on reducing emissions, sovereign bond investors can play a part in the fight against climate change and significantly reduce the carbon footprint of their own portfolios. As more investors take this view, we believe we can start to incentivise change in government policy.

How can bond investors influence decision making without the right to participate in (proxy) voting?

Once enough momentum has been built, public policy can be influenced through sheer investor mass. For example, if a sufficient number of investors are analysing the carbon footprints of their portfolios, there is potential for them to influence policy decisions. This has already happened for corporations, which can no longer ignore climate considerations. If government policies also come under increased investor scrutiny, governments may start to enact policies that are in line with where the money is flowing. If investors only allocate capital to sovereigns that comply with certain criteria, those that remain non-compliant will eventually be forced to change course.

There are already signs of this happening in emerging markets as more institutional investors start to scrutinise the ESG characteristics and carbon footprints of their bond holdings. It creates a kind of  grassroots type of democracy as investors “vote with their feet”.

Investors can also take coordinated action. For example, at Pictet, we work with Emerging Markets Investors Alliance, which empowers investors to work alongside various international institutions to advocate for good governance and sustainable development.

Can you share an example of engagement with a sovereign institution to effect change?

We’re still at the early stages of engaging with sovereigns. The approach we’ve taken is to select a small number of countries and focus on particular topics, including corruption, governance and environmental concerns. This deliberate and measured approach goes back to Pictet’s four guiding principles: independence, long-term thinking, partnership and responsibility. We are developing a long-term, bottom-up approach. We want to seek input from a variety of reputable non-governmental organisations before we partner with one or a few that can guide us on the right approach to take, people to talk to and questions to ask. From there, we will refine best practices to apply more broadly. The idea is to start in a tailored way and eventually invite other investors to join in and do the same. The more investors that follow suit, the harder it becomes for sovereigns to ignore our voice. We are effectively voting with our feet and will give governments one to two years to enact any desired change before divesting.

How does the climate action opportunity differ between corporate and sovereign bond investing?

There are two main areas of difference: liquidity and rating.

When investing in sovereign bonds, we seek to influence government policy because ultimately, it is this that will determine our planet’s climate outcomes. Governments set the rules and regulations that companies and individuals follow, and without their support and investment, the world will not be able meet its climate ambitions. Sovereign bonds tend to have smaller drawdowns than corporate bonds, as we have seen this year.

On the opportunities side, rates have undergone their sharpest repricing since the 2008 financial crisis or even the 1990s in some cases. Bonds look a bit scary, but yields have risen significantly to levels that now look attractive relative to equity risk premia for a variety of investors. This appeal is further reinforced by the high uncertainty about growth and general asset price dynamics. Macro dynamics play a bigger role than bottom-up considerations in sovereign bond investing.

What kinds of returns can climate bond investors expect relative to a traditional government bond portfolio? Should they be prepared to sacrifice returns to tackle climate change?

The return potential of any investment is of paramount importance, and we believe that there is no need to compromise by investing in these issues. Our research with the Institute of International Finance shows that green government bonds have outperformed conventional benchmarks since the end of 2017, with an average monthly excess return of over one basis point[2]. Meanwhile, other studies find a positive correlation between climate vulnerability and the cost of borrowing, particularly in emerging markets – even after other macroeconomic variables have been taken into account.

Backtesting of our own carbon-allocation approach to 1994 reveals it outperformed the World Global Bond Index due to its overweights in Europe and emerging markets relative to the index. To address drawdowns, like in 2008, applying duration and currency expertise via an overlay strategy to spread risk and minimise downside can help limit losses.

If the world’s biggest polluters, who happen to have the largest debt markets, are excluded for being neither low greenhouse gas emitters nor rapidly reducing their emissions, how would returns and liquidity be impacted?

Focusing investments in the bonds of these more climate positive nations may mean leaving out countries that are the mainstays of traditional bond indexes. But that, in turn, increases diversification benefits for investors. There are many smaller countries that do meet our own climate criteria: 80% of investable countries do and could be included to compensate for the exclusion of the major emitters. For example, Finland, which is a relatively small issuer, is on the road to becoming a carbon sink (a net negative carbon emitter). We often seek input on such issues from external experts like Distinguished Professor Emeritus Vaclav Smil from the University of Manitoba, whose interdisciplinary research encompasses topics including energy, environmental and population change and public policy.

Meanwhile, it’s important to remember that policies are not static. High polluters such as the US and China may reduce their emissions over time, potentially changing the eligibility of their sovereign issuances for a climate bond portfolio.