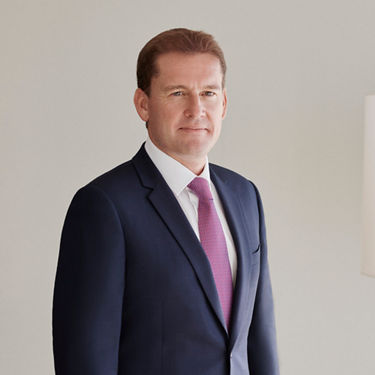 In the case of some countries, they contribute as much as 70 per cent of GDP and employ the majority of the workforce. It’s also been shown by numerous academic papers that such firms tend to outperform their peers, both financially and when it comes to shareholder returns. Clearly, then, this is a potentially very attractive investment landscape. Yet investing in family companies can also be fraught with risk and requires a highly nuanced approach.

That’s why Pictet has developed a new investment strategy that invests in listed family businesses. The strategy looks to mitigate the risks of dealing with family owners, to take advantage of their strong results, and in the end ‘to outperform the broader global equity market for a full business cycle’, according to Alain Caffort, who manages this strategy with his colleague at Pictet, Cyril Benier.

The first challenge for the team was simply to define what ‘family businesses’ actually means. It turns out this is easier said than done. ‘A report from the EU identified 90 different official definitions of family companies within European countries,’ says Alain. Broadly, it’s a matter of interpretation – sometimes it’s obvious, say, when founders hold very large stakes in their own names. But the boundaries can often be blurred.

The family businesses that make up Pictet’s investment universe are public companies in which an individual or family holds a minimum of 30 per cent of voting rights. Thirty per cent, because research shows that active participation in the general assemblies of publicly listed companies averages around 60 per cent of share owner-ship, so at 30, a shareholder (or group of closely tied shareholders) effectively has the casting vote and, thus, control of the business. Crucially, Pictet also includes first-generation founders within their definition.

The desire to invest in family companies is understandable. Their strengths are manifold and well documented: solid balance sheets, financial prudence, and high rein-vestment of profits, to name just a few. For Alain, however, there are even more valuable aspects of family firms that are difficult to put numbers against, such as a forward-looking mindset. ‘They need to pass on the business to the next generation,’ he says. ‘So they think about the next decade more than the next quarter.’

This is what Alain refers to as ‘stewardship values’, something that is powerfully combined with entrepreneurship within business-owning families. ‘For families, this is about more than just wealth; it is about family values, family identity,’ he says. Stewardship also extends beyond the company itself and touches on the wider world in which the company operates. ‘When you’ve got your name attached to the company, you think twice before taking an environmental or social risk,’ he explains, ‘because this is your name that will be attached to it.’ Not only is that good for society and the environment; it’s also ‘a fantastic shield for minority shareholders.’

However, family companies also suffer from specific weaknesses that can make them riskier investments. One of the main dangers is not necessarily unique to family businesses, but is a common issue with them: the danger of a dominant shareholder. If there is a powerful central figure at the heart of the company, Alain says, there is always ‘a risk of a lack of alignment with minority shareholders’.

Another area of possible risk is succession planning, with the transition from one generation to another holding the potential to create turbulence and instability. To guarantee the long-term prosperity of a business-owning family across generations, strong governance is key. This is why it’s crucial to take an active approach to investing in such companies, ensuring the pitfalls are avoided in this otherwise attractive investment landscape.

As Alain explains, his team looks at four pillars when they’re assessing a family business’s governance and deciding whether or not to invest. The first pillar is ownership, the way the family is structured and organised in its control of the company. The second pillar focuses on committees. ‘The independence of committees is really important to protect minority shareholders,’ says Alain, explaining that in most cases of identified fraud, the lack of independence of remuneration, audit and nomination committees meant a potential warning mechanism for shareholders was missing.

The third of the four pillars is the board; and here Pictet allows more leniency. Third-party ESG providers often rate family businesses poorly, because the board is not independent, even though the companies themselves often have better discipline, better growth, and better returns. For Alain, focusing on independence is entirely missing the point. ‘We look more at the experience of the board rather than its independence,’ he says, explaining that a board with insufficient experience would be a much bigger ‘red flag’.

The final pillar is simple fact checking, looking for past controversies and misdemeanours that might have been missed in previous research. It’s clear that a more nuanced approach is required for family businesses. ‘Most investors deal with families as traditional investments,’ says Alain, ‘and they’re not.’ His team ought to know – after all, Pictet is itself a family business that has been run by the same family for over 200 years and has a proven track record of stable governance and succession planning.

The potential of listed family businesses is hard to overstate, particularly in the context of a global crisis, because of their strong balance sheets, long-term outlook, and reinvestment of profits. ‘They’re in the best position to bounce back and benefit from the current crisis, as was the case in 2009,’ says Alain, ‘when they came out of that crisis stronger than their peers.’ With an active approach to investing in such businesses and with crucial checks and balances to ensure strong governance, the risks can be mitigated, and business value can be translated into shareholder value.